Back in the dark misty times...

An Ode to Christmas

A Christmas poem written two months after I returned from Spain.  Still gives me goosebumps.
Posted by Spanish Pearls at 6:57 AM No comments: 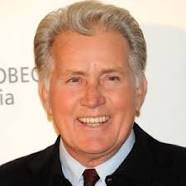 AN EXCERPT FROM "SPANISH IMMIGRANTS IN THE UNITED STATES" FACEBOOK SITE
Project Directors :James D. Fernández is Collegiate Professor in the Department of Spanish and Portuguese at NYU.  Luis Argeo is a journalist and documentary filmmaker currently based in Gijon, Asturias, Spain.

The actor Martin Sheen (Dayton, Ohio. 1940), famous for his roles in Apocalypse Now and The West Wing, decided to compose and use his stage name in memory of the first casting director who trusted (Robert Dale Martin) and a media Catholic archbishop (Fulton J. Sheen). However, he has never officially changed his name: Ramón Gerardo Antonio Estévez.  He was the 7th of 12 children born to Galician and Irish parents who immigrated to Ohio.  He decided to leave the working class neighborhood where he grew up to study acting in New York City, where he combined his political and social activism.  Maybe that commitment to the values ​​that he learned from his parents have been passed down to him, which led to Martin Sheen to become a benchmark figure in both facets.

It was great fun, yesterday, when I took part in an art show to display my books.  Right next to me, was a group of people involved in Genealogy -- a Genealogy Club.  How ironic, since I have a passion for Genealogy.  We enjoyed comparing notes, family histories and my book, THE GIRL IMMIGRANT.  It makes me remember the time I sat in my first Genealogy class in Virginia and the professor told us, "Do not expect others to be as excited in family history as you are.  When you see their eyes glaze over, stop talking."

Yesterday, it was delightful because we all spoke the same language.  And we've set a date for me to speak at their Genealogy Club in January.  Great connections and good times ahead for 2016.  I am most anxious to share my book, THE GIRL IMMIGRANT, and my family history quest.  I am sure I will end up learning from them and hope I have a germ of help for them too. 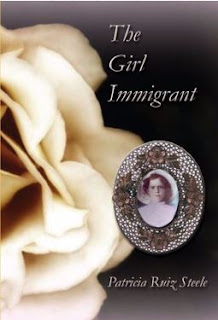 Posted by Spanish Pearls at 3:16 PM No comments:

My ancestors came from every corner of the world to join and blend into America.  Proud of their accomplishments and sad to imagine the world and family they left behind, I applaud their strengths.  And this Thanksgiving, I say a special thank you for them and for the many who enter America legally, the way most immigrants did between 1900-1940 and later.  I found the following article on the Huffington post written by Frank Islam on November 1, 2015.  Even though my ancestors sailed from Spain to Hawaii and then re-immigrated through San Francisco, there were thousands who entered on the east coast and into New Orleans.  It is with an overwhelming heart that I sit down this Thanksgiving and feel their conflicts and imagination.
America has always prided itself on being a nation of immigrants. The Statue of Liberty provides eloquent testimony to that with its inscription, which reads, in part:

Give me your tired, your poor,
your huddled masses yearning to breathe free,the wretched refuse of your teeming shore.Send these, the homeless, tempest-tost to me,I lift my lamp beside the golden door.

The achievements and the contributions of immigrants to the nation's success over time are legion. Famous first generation American immigrants, to name just a few, include: Albert Einstein (originally from Germany), I.M. Pei (an architect from China), Joseph Pulitzer (a newspaper publisher from Hungary), Felix Frankfurter (a Supreme Court justice from Austria), Madeleine Albright (the Secretary of State from Czechoslovakia), Hakeem Olajuwon (a basketball player from Nigeria) and Saint Francis X, along with Mother Cabrini (a nun from Italy).
More recently, it's been Sergey Brin, co-founder of Google, who came here from Russia, and two scientists, Elizabeth Blackburn (from Australia) and Jack Szostak (from the U.K. via Canada) who shared the Nobel Prize for physiology or medicine in 2009 (along with Carol Grieder) for their chromosomal research.
The list could go on and on. Add second generation immigrants to the list, it could go on almost forever. It is unquestionable that America has been the beneficiary of an unparalleled immigrant advantage, in terms of intellectual and human capital. For that we are thankful.
Posted by Spanish Pearls at 7:30 AM No comments:

A Memory of Spain

Sometimes the memories can invoke such strong feelings, it's almost like being there again. 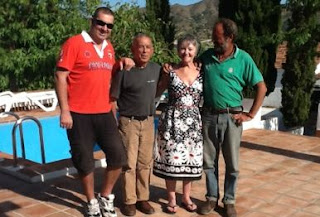 Posted by Spanish Pearls at 7:00 AM No comments:

INVISIBLE IMMIGRANTS: SPANIARDS IN THE US (1868-1945)
For the last nine years, Spanish writer Luis Argeo and NYU Professor James D. Fernández have been crisscrossing the United States and Spain, interviewing descendants of Spanish immigrants, and scanning their family archives. In the process, they have amassed a digital archive of more than 8,000 photographs, which document the experience of the tens of thousands of Spaniards who, in the late nineteenth- and early twentieth centuries, settled in the United States.
"Invisible Immigrants: Spaniards in the United States, 1868-1945" uses these private images to tell the almost unknown story of those intrepid Spaniards. All texts, including photo captions, are in both English and Spanish.
Francis Lam, in the Sunday magazine of the New York Times, referred to the book as "a beautiful haunting historical photo album of the Spanish in America."
Sebastiaan Faber, of Oberlin College, has written:
"In addition to being beautifully curated, Invisible Immigrants is a milestone in the field of Spanish immigration studies in the United States. Based on painstaking, rigorous research yet accessible to a broad audience, the book will prove seminal for years to come. It's a must-have for both public and academic libraries."
And José Moya, Professor of History and Director of the Forum on Migration, Barnard/Columbia says:
"James Fernández’ and Luis Argeo’s Invisible Immigrants: Spaniards in the US (1868-1945) is both a work of scholarship and a labor of love. Its chapters follow and capture the cycle of the immigrant experience: leaving the homeland; toiling, playing, and organizing in the new land; the solidarity and conflict engendered by the Spanish Civil War; and the emergence of the American-born generations.
The photographs gathered by the authors are a treasure trove. They not only turn visible the immigrants of the title but also display the richness and diversity of their existence: Asturian cigar-makers in Tampa and miners in West Virginia, Andalusian plantation workers in Hawaii and California, Basque shepherds in Idaho and Nevada, picnics and days at the beach, orchestras and dances, ball games of all sorts, dinners, weddings, children…a veritable kaleidoscope of immigrant live and memories."
The first print-run of the book (1500 copies) sold out in a matter of months, and was acquired by more than 75 college and university libraries in Spain and the US. We have issued a limited and final second printing (750) and the book can be ordered here: invisibleimmigrants.com
​"Invisible Immigrants: Spaniards in the US, 1868-1945" By James D. Fernández and Luis Argeo Madrid: Whitestoneridge Productions, 2015. 236 pp.
ISBN: 978-84-617-2491-8
Price: $60.00
Posted by Spanish Pearls at 9:36 AM No comments:


Another venue to find ancestral documents

This is an excerpt from a recent Ancestry.com notice: 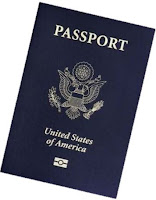 U.S. Passport Applications, 1795–1925
Nearly 400,000 new passport records have been added to our existing collection of passports. In the collection, you'll find:
Regular – majority of the applications, which were made by citizens planning to travel overseas
Emergency – issued abroad and good for 6 months; the earliest were issued in 1874, and the practice was discontinued in 1926
Special – include diplomatic and other passports issued under special circumstances
Insular – issued from territories controlled to some extent by the U.S., including Hawaii (1916–1924), the Philippines (1901–1924), and Puerto Rico (1915–1922)

To receive a U.S. passport, an applicant had to submit proof of U.S. citizenship, usually in the form of a letter, affidavits from witnesses, and certificates from clerks or notaries. If you get lucky, these additional documents and even a photo will be included as part of the application packet, too.

Posted by Spanish Pearls at 7:30 AM No comments:

The Girl Immigrant was my abuelita (grandmother)

Welcome to Spanish Pearls -- Come along with me on this bumpy ride as I poke into history to flesh out my family in the Spanish closet of ghosts. And along the way, I find other bloodlines in so many directions...